This course is designed to help executives and other potential deal-makers learn the essential strategies and skills to conduct successful business negotiations. Learners in this course will explore the fundamentals of deal-making with the help of games, videos, interactive exercises, case studies, and other engaging content. The course begins by comparing and contrasting the two major types of negotiation—Dispute Settlement Negotiation (DSN) and Deal Making Negotiation (DMN)—and exploring the difference between negotiation and bargaining. Key topics covered in the course include the stages of the negotiation process; the importance of preparation and realistic goal-setting; the five basic approaches to negotiation; when to make (and when to avoid) commitments; the relative importance of relationships and outcomes; the decision to walk away from a negotiation; and the unique challenges posed by multiparty, international, and cross-cultural negotiations.

You may request a refund up to 7 days from the purchase date. The registration fee will only be refunded if less than 10% of the course has been completed. Completion percentage can be viewed on the Course Progress page from within the course.

This course has an “Ask the Expert” feature, which submits your questions directly to an expert in the field you are studying. Questions are answered as quickly as possible and usually within 24 hours.

This course does not require any additional purchases of supplementary materials.

Learners must achieve an average test score of at least 70% to meet the minimum successful completion requirement and qualify to receive IACET CEUs. Learners will have three attempts at all graded assessments.

The following list outlines the PDUs you will earn for completing this course, based on the certification you have. 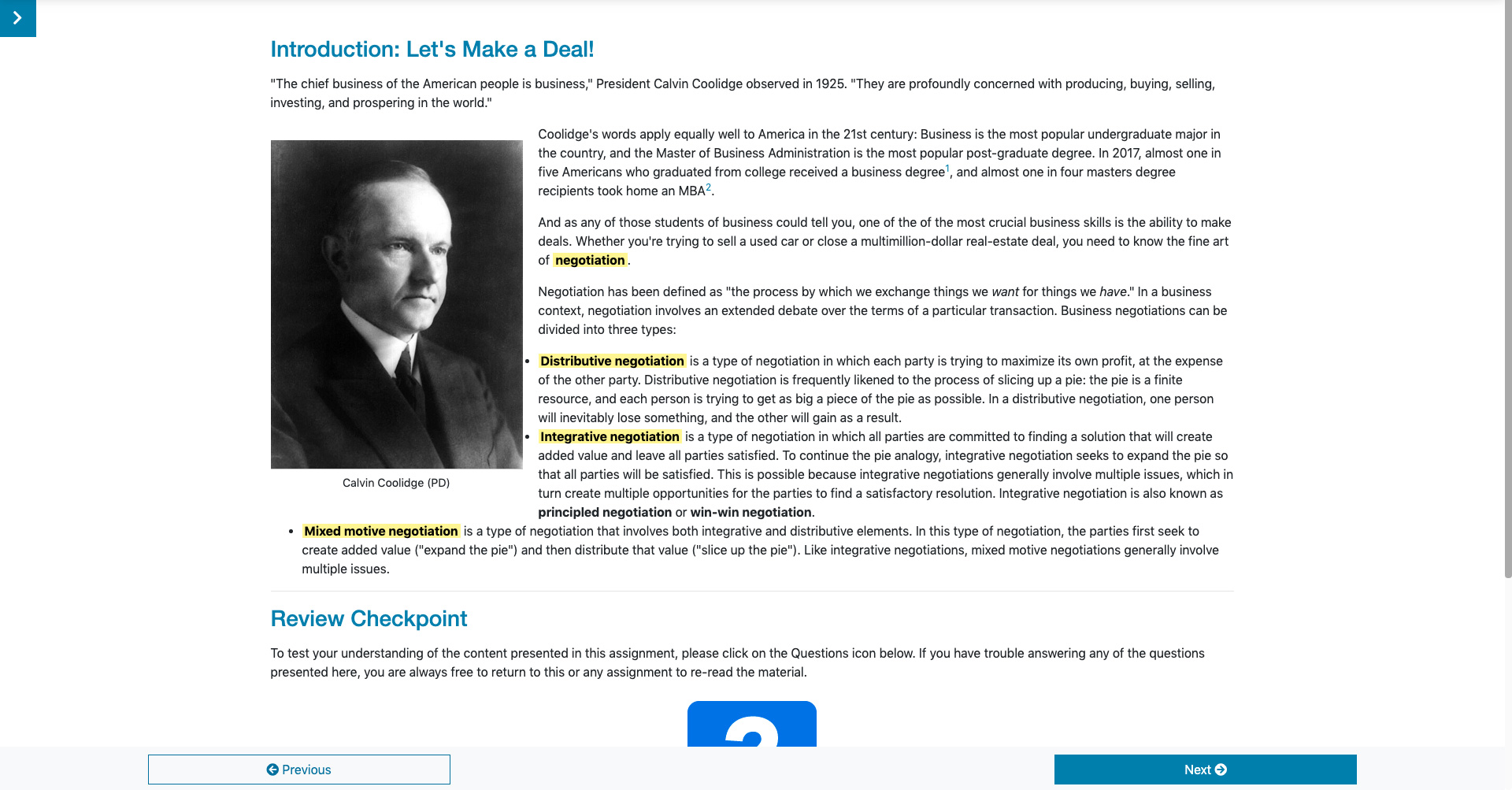 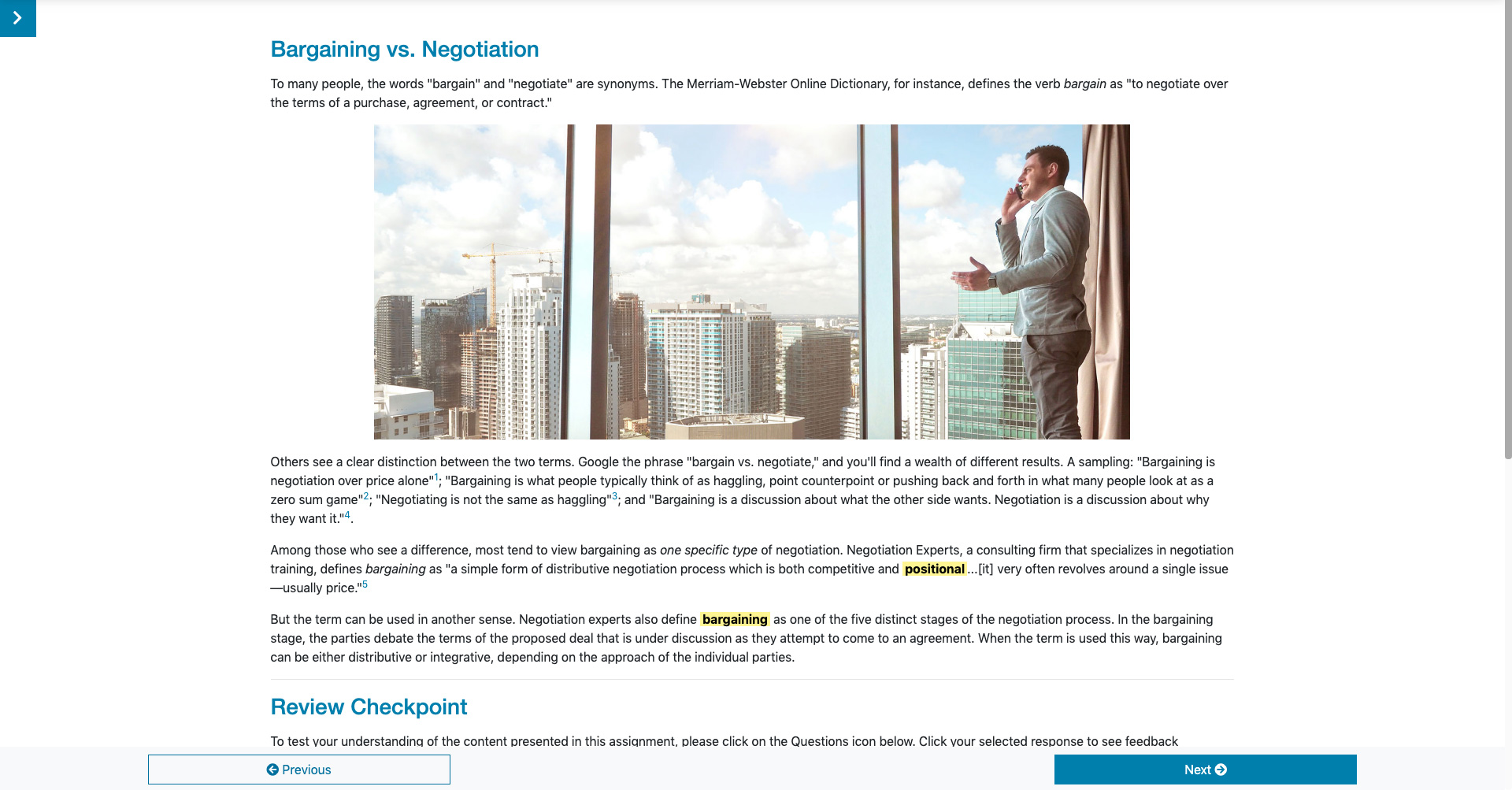 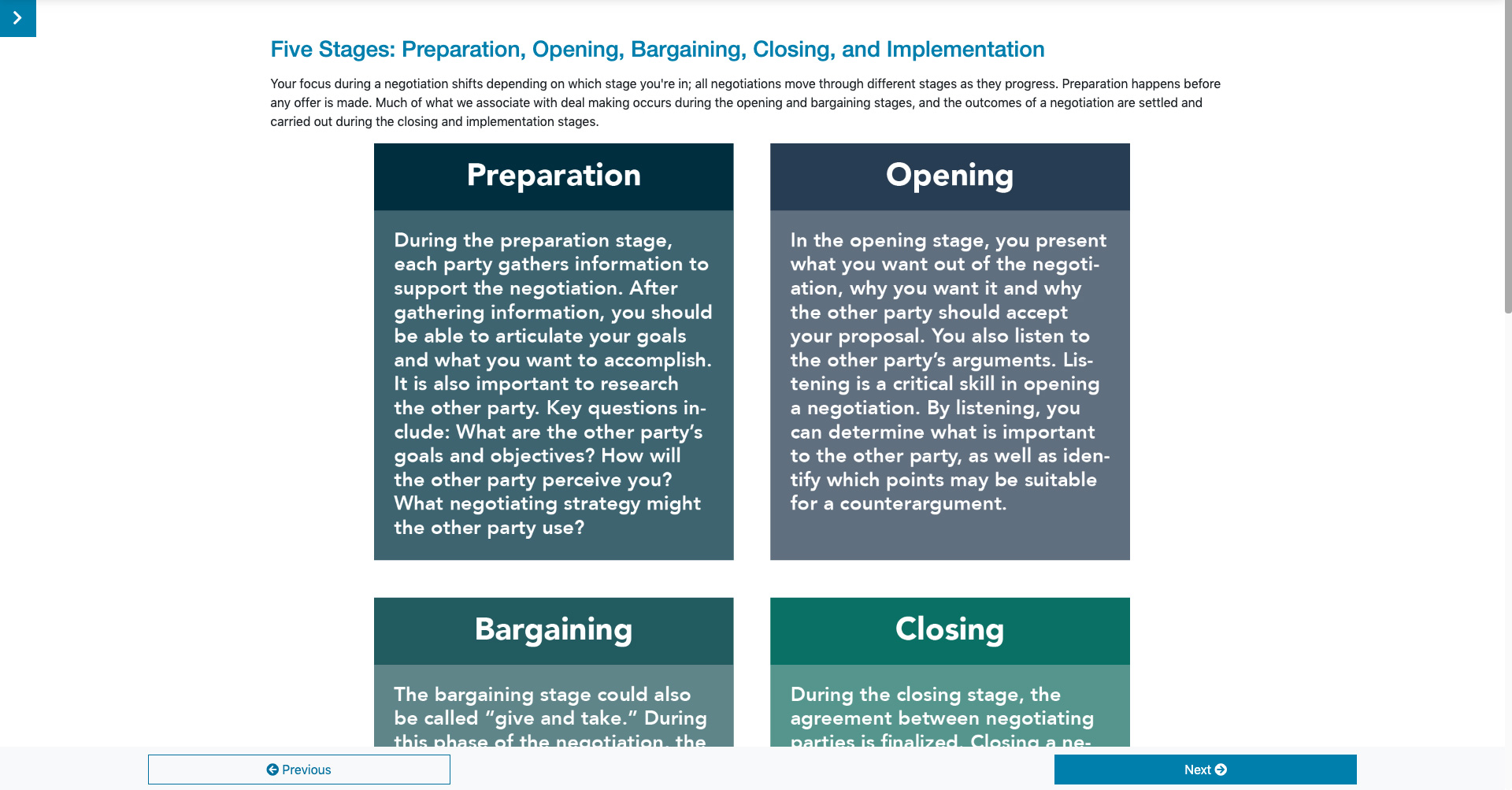 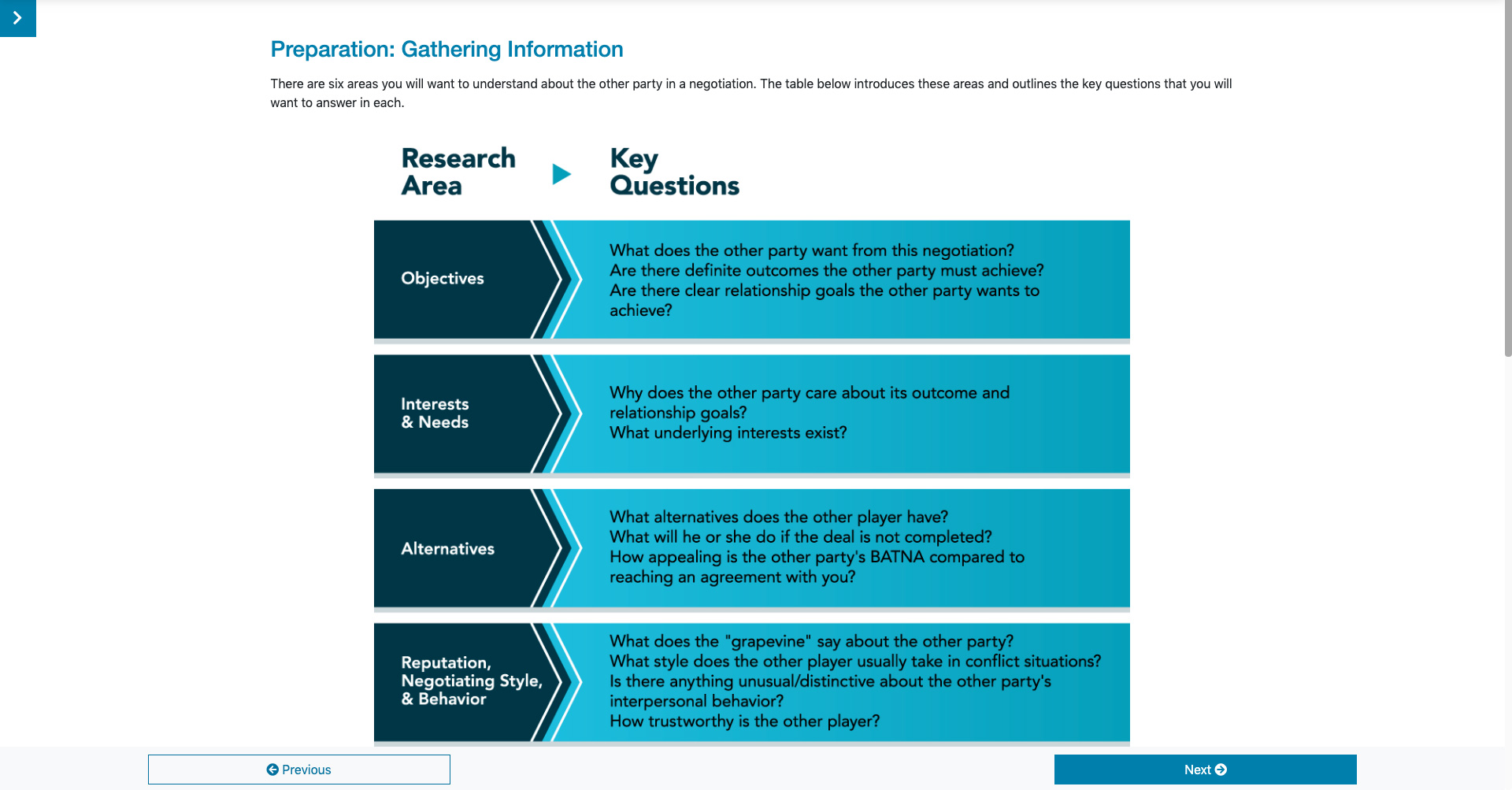 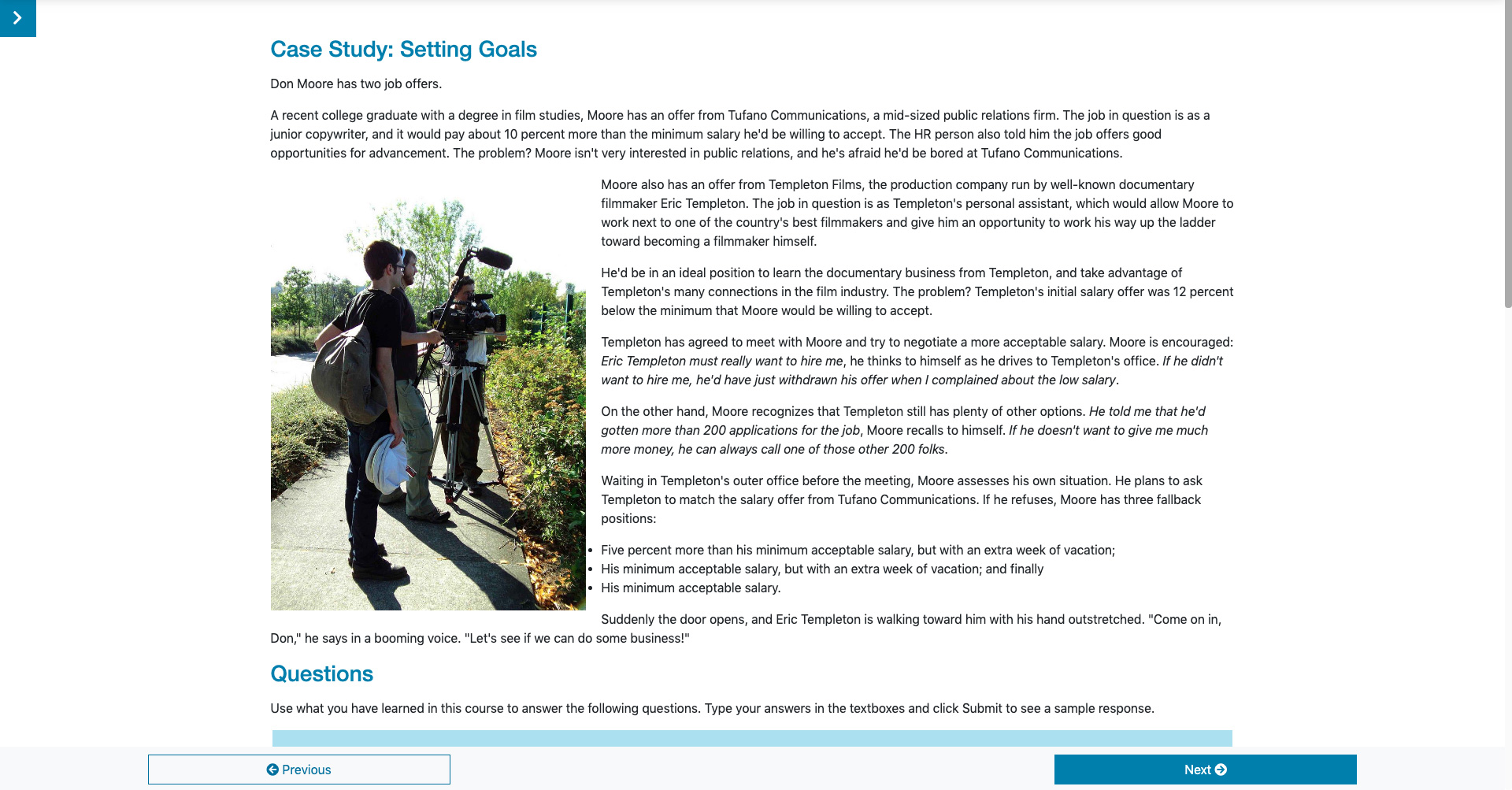 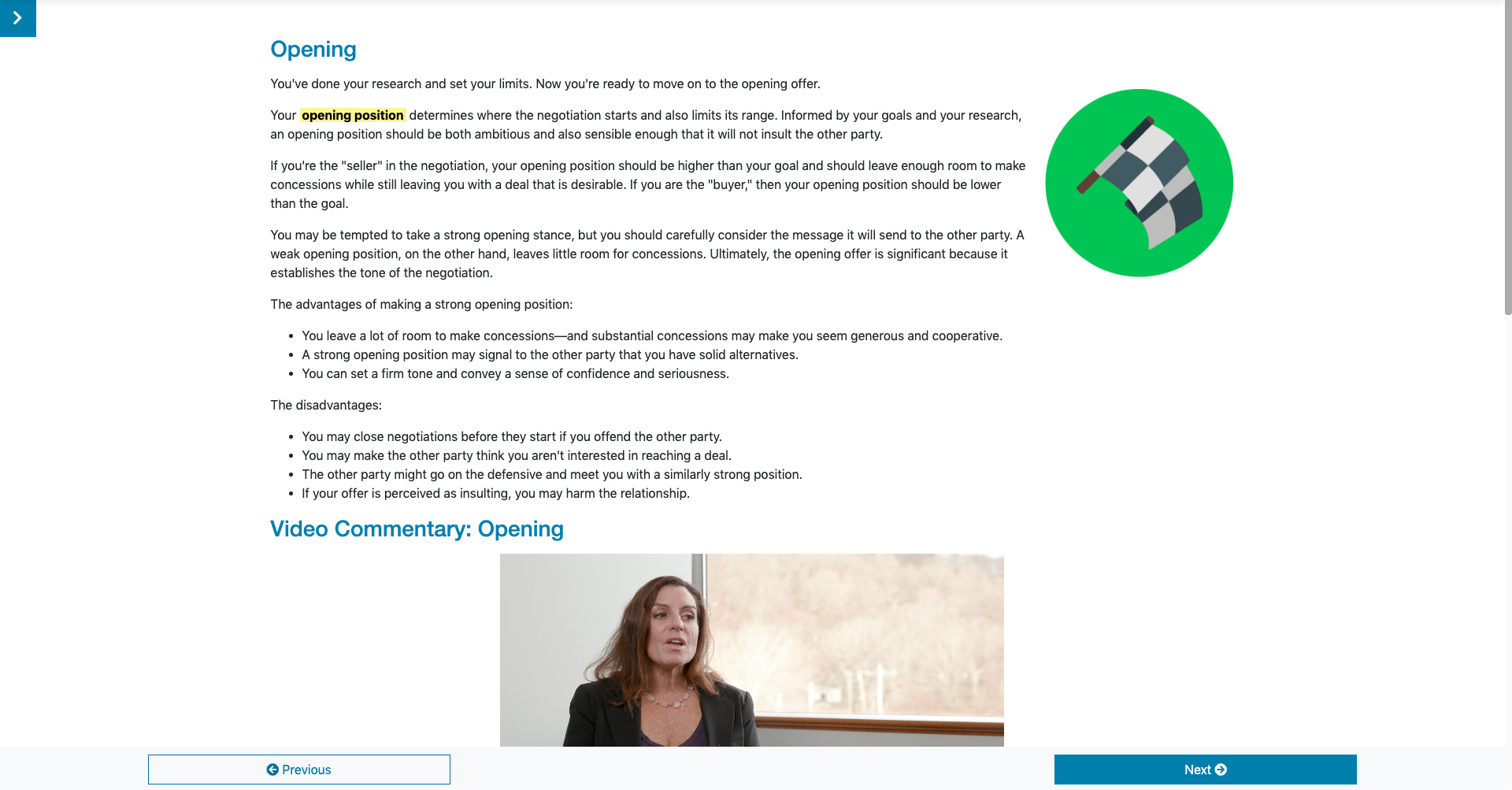 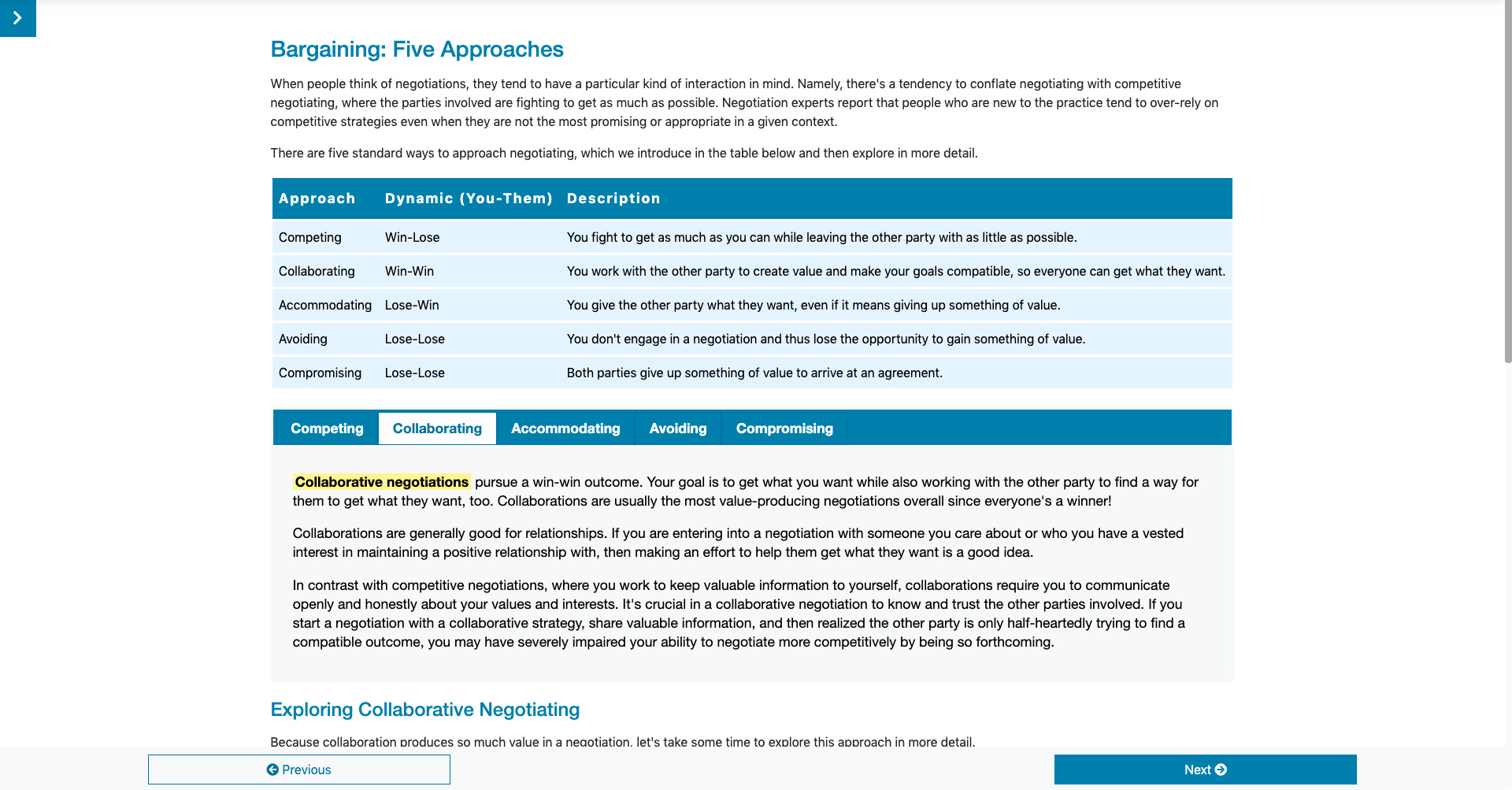 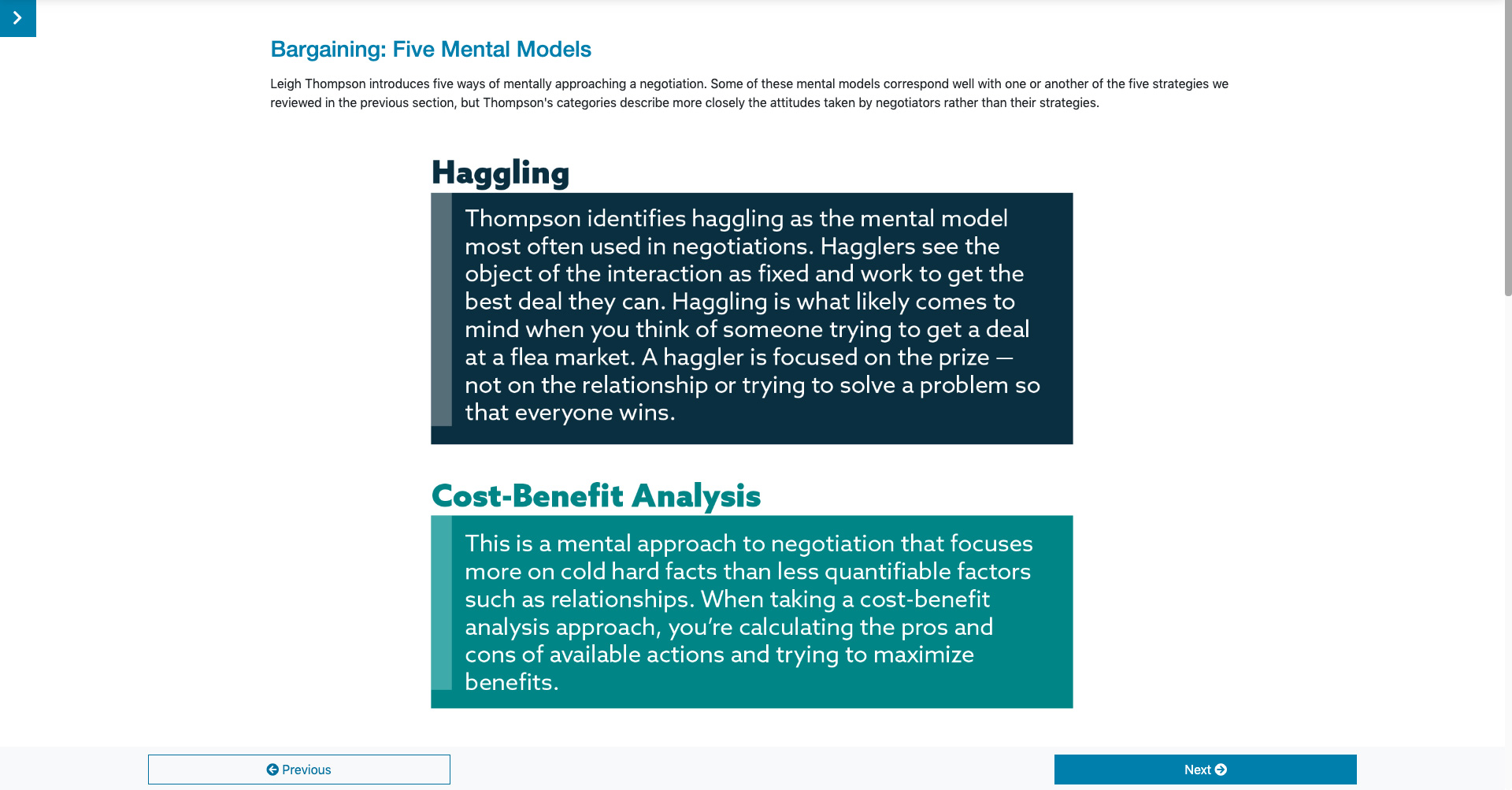 Close this window to cancel or to continue once payment confirmation is displayed.
If you have trouble with this form, please email ccg-webmasterfoo@cambridgecollege.edu.